I just listened to Gang Green doing “Alcohol.” Love that song! Then they go into “Voices Carry” by that 80’s band ‘Til Tuesday. Fuckin’ hilarious. Punk bands doing covers is the best! You know it’s a great song when a punk version sounds good.

My first thought is Me First and the Gimme Gimmes, of course. But I think Fat Mike got the idea from early NOFX covers. The first one I remember is when they did “Go Your Own Way” by Fleetwood Mac. Greg Graffin sang on it with Mike. It was so good I remember my mom saying, “there is no way that is NOFX.” She thought they somehow had the Fleetwood Mac people singing on a punk version. 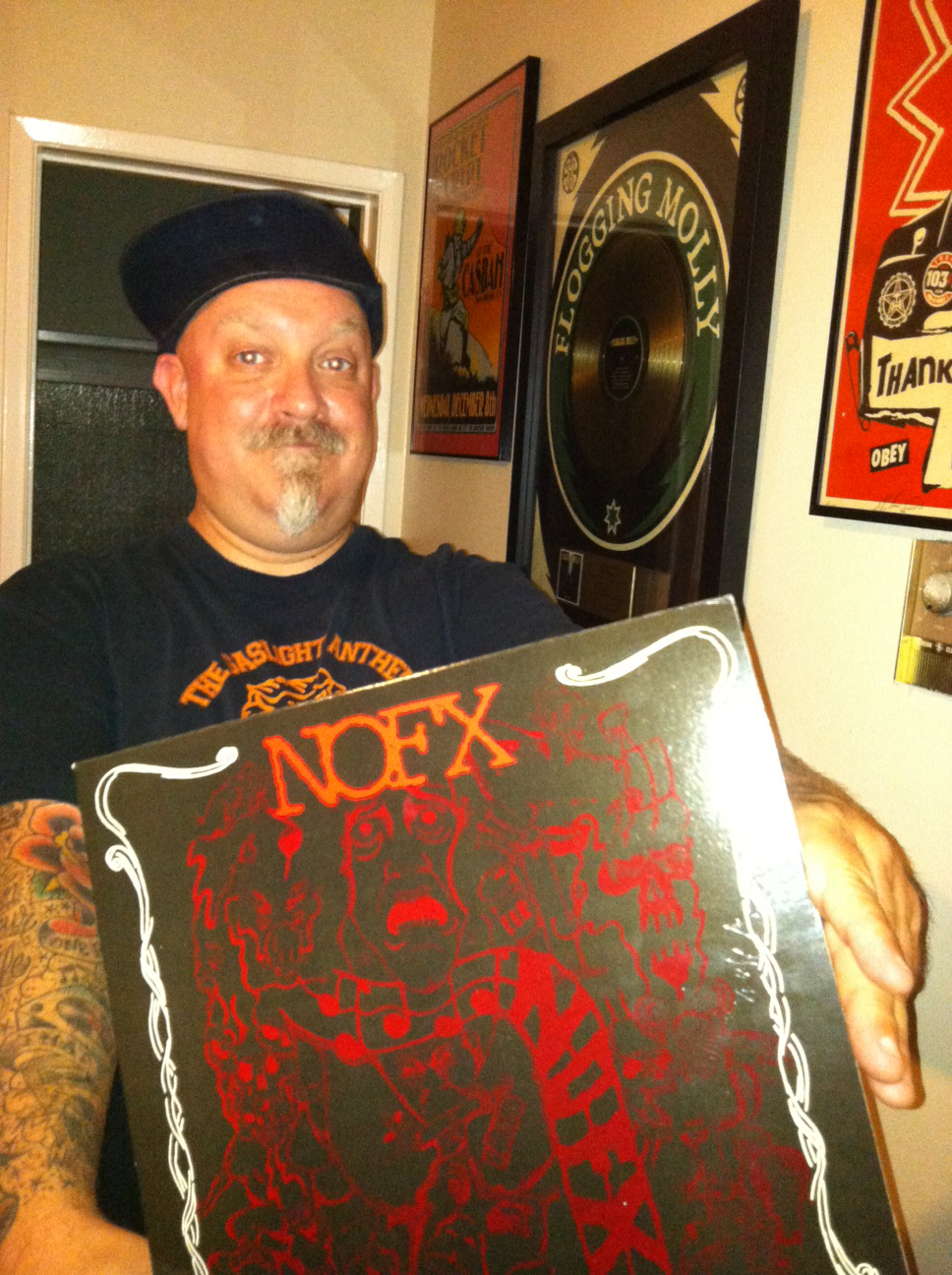 Why was my mom listening to NOFX with me? Well, here is the story. I was in High School (1988). I had been playing in Labeled Victims for about a year at that point. One day my mom comes home and tells me one of her co-workers has a son that is also in a punk band. I thought “oh really, that’s nice, they probably suck.” The next week she shows up with a record in her hand and says, “this is my co-workers’ sons’ band. They made an album.” It was NOFX “Liberal Animation” (original cover and released on Wassail Records. I knew them being on Mystic).

I grabbed the record and was in total shock! I had a million questions and just started with “WTF? Where did you get this?” I couldn’t believe the band she was talking about was freakin NOFX. They were popular even back then. So over the years she brought home all kinds of NOFX stuff… Posters, CDs, LPs and stickers, It was rad. I would have bought them anyway but hey, free stuff from the drummers mom. Cool.

I have loved NOFX ever since. They are one of the most consistent and prolific bands in the punk rock scene. They have recorded more albums and have had the same line-up for longer than just about any other punk band I can think of.

I have been on a great NOFX kick lately. I listened to I HEARD THEY SUCK LIVE and went into an instant marathon the other night. S&M AIRLINES, WHITE TRASH TWO HEEBS AND A BEAN, PUNK IN DRUBLIC, PUMP UP THE VALLUM… The list goes on. Even the most recent album, SELF ENTITLED, is awesome.

I could go on and on about these dudes but I gotta go do a “Beer Bong.” Cuz, If your drinking beer too slow, beer bong’s the way to go!