This is a tuff one! I’m not sure how to feel or what to think!?! I guess the good news is there will be some great shows coming soon by some classic punk rockers!

My first exposure to Black Flag was watching “The Decline of the Western Civilization” documentary. I first saw it in about 1987 on a VHS tape that one of my friends recorded from somewhere. I must’ve watched that movie along with another VHS tape of “Another State of Mind” probably 200 times at my first apartment in San Diego. I knew at the time, the now classic documentary was done much earlier than when I saw it but, that’s when I saw it. 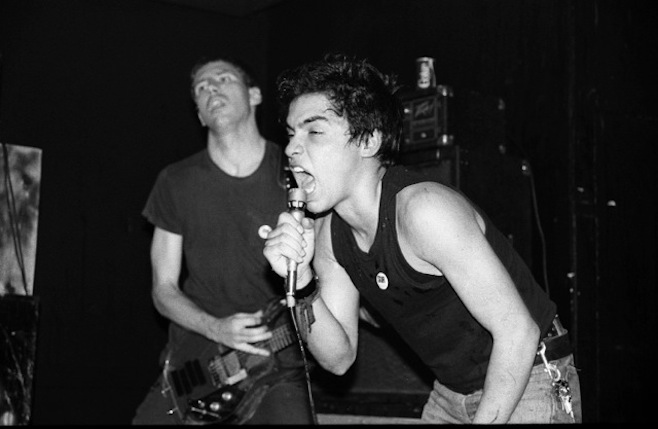 Anyway, my favorite part of that movie was the Black Flag part. At that time it was Greg Ginn on guitar, Chuck Dukowski on bass, Ron Reyes singing and (I think) Robo playing drums. Been awhile since I saw it. My memory was that Ron Reyes was fuckin awesome and was the perfect frontman! Also, Greg Ginn’s see thru guitar was killer and Chuck gave some trippy interviews talking about LSD trips and dissecting rats.

I was just getting into punk rock at that time thru my friend’s older brother. He made us cassette tapes with bands like Dead Kennedys, G.B.H., Descendents, D.I., Sex Pistols, 7Seconds and Agent Orange. Given, this was years after the real hay day of this stuff but long before Green Day.

I have seen Black Flag reunions before. The first was at the Hollywood Palladium awhile back (maybe around 2004?). I went with a friend and remember it being a benefit for cats. I thought that was really weird but, whatever works. It was Black Flag and the place was packed. Everyone I knew in Hollywood was there! It was Greg Ginn and Dez for the most part. Pretty cool but, not what I had hoped for. The singer/skater Mike Vallely sang most of the show. He did a killer job and he is one of my favorite skaters and his band is really good. People in town were saying that Keith Morris was gonna sing and some people said Rollins was gonna sing. It’s funny that most people think of Rollins as the one and only singer of Black Flag. Although I thought Henry was a rad singer in Black Flag but he wasn’t my favorite.

I was also at the 30 year anniversary of Goldenvoice and got to the see the three song set from Black Flag. It was pretty cool. Keith Morris was singing, Bill Stevenson was on drums, Chuck was playing bass and Stephen from Descendents was playing guitar. It was a “secret” appearance but, all my friends knew about it. It was at the Santa Monica Civic Auditorium, which is where I saw a lot of shows in High School. I still think it could’ve been better. I heard they only had time to practice at sound check.

The latest incarnation of the band comes in two parts. One is called “Black Flag” featuring Greg Ginn and Ron Reyes. The other is called “Flag” and features Keith Morris, Bill Stevenson, Chuck Dukowski and Stephen (Descendents). Both are pretty cool considering Black Flag’s history.
But for me, like most bands, the first incarnation you hear, is the best! With that said, my favorite Black Flag is Ron, Ginn, Chuck and (I think) Robo. I can still see and hear the three songs they did on Decline…

So, I don’t know about these reunions. I guess I’ll see both since my favorite line up is split. I wish they would combine efforts and do it together. No idea of what happened or why they are at odds. Not my business. Either way, all these guys are legends and rock! I Love Circle Jerks, Descendents and even Crash Band, Crunch Pop (Remember them?) and I actually still listen to the Decline soundtrack. It has awesome tunes from FEAR, Circle Jerks, Germs, X and (whatever happened to) Catholic Discipline?

“Ok, this next song is for the LAPD, we got arrested the other night at Blackies for playing ‘punk rock music’. They called us ‘nuisance in public’ or something like that. Anyway, they put us in jail and this song’s called ‘Revenge’ and it’s for them..!”

“ATTENTION: (SHUT UP) Please be advised that by entry upon these premises, that you are consenting to being photographed (which means they’re gonna take photos of your ugly faces right?), and having your (ugly) likeness used in a motion pictures, and for other purposes… (and at the bottom it says) Thank you! (and you can tell them to FUCK OFF!) It’s Black Flag!!!