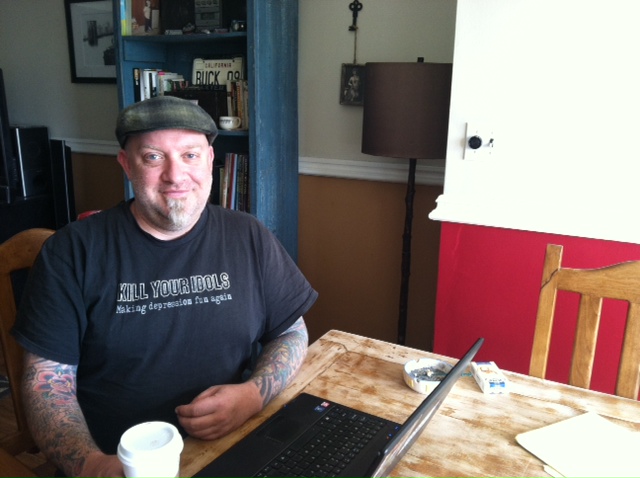 I woke up this morning still half way in a dream. It was really cool. I do that a lot. I will be awake and thinking about the dream I just had and still asleep enough to finish the dream. I guess dreams really are an extension of your imagination. I can see in that moment where I think the dream should go and take it there as I head back to sleep. Good thing I don’t have a day job at the moment or I’d have to get up and not be able to finish this one.

It was somewhere around the time I was in High School or maybe the first year or two after. I was freaking out over the fact my friend was telling me all this stuff that had happened and what I had missed when I was in the hospital. I didn’t even know I was in the hospital until he said that. I thought I was just sick and hungover and forgot some stuff. Nope. He says I was in the hospital for 10 months. That’s when I woke up.

I thought this dream rules and I want to finish it with something cool. So, me and the dude from that paramedic show in the Seventies went to the Warped Tour and hung out in the beer garden watching all the old punk bands on the “Old School” stage. I think it was FEAR playing but Stan Lee from the Dickies was playing guitar and Steve Soto from Adolescents was playing bass. Lee Ving’s voice was so good that day! It’s always good though so I wasn’t surprised. Then Angelo Moore came out and starting doing the sax part on New York’s alright (if you like saxaphones). I think we were in San Diego.

I decided to get up when I remembered my friend Jonas asked me to write some stuff for his new website, Classic Punk. This is something we have been talking about for awhile and it’s finally time to do it! I grew up in L.A. in the 70’s and 80’s and moved to San Diego the day after graduating High School to goto junior college and be roommates with my friend Pat who going to San Diego state. In those teenage years and early 20’s I was into one thing, Punk Rock music. It is my favorite thing. Not just my favorite type of music but my favorite thing.

Going to shows was and is the best thing in life. Everything revolved around that. There was a record store we went to after school called Neil’s Records in Glendale. It was within walking distance of our High School. I bought a lot of my record collection there. We also had a band that played shows and recorded demo tapes. It was all punk rock all the time. Shows, record stores, band practice and writing lyrics in school was the life of Pebs. Still is in a lot of ways. Just saw Ill Repute a couple weeks ago!

Classic Punk is a great idea and I’m looking forward to being a part of it. I also get to work with one of my best friends talking about one of my favorite things. Look for my contributions to this site in the weeks and months to come! I will be doing album reviews, show reviews, interviews and writing about half dreams and classic Punk stuff from my little man cave in North Hollywood.

How does that sound right about now?? Ahhhhaahheee!